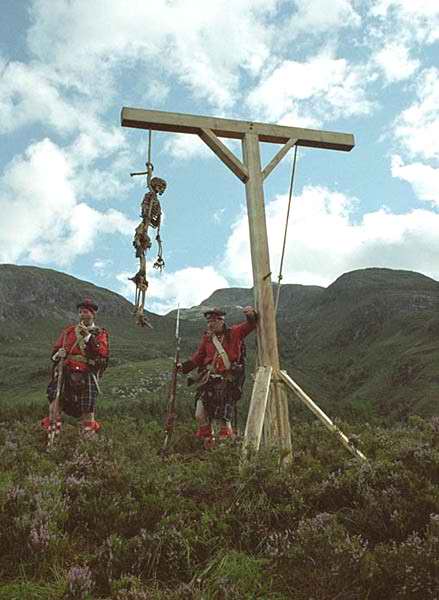 In 1752 a government official, on his way to evict farmers with Jacobite sympathies, was gunned down, shot in the back by an unseen assassin. Colin Campbell of Glenure, the "Red Fox", was the victim. James Stewart was hanged for the crime. But was he also a victim? Journalist John Morrisson investigated.
Aired 7.00pm on BBC2 Alba, Thursday, 2nd January 2003. Sgriobhaiche/stiuiriche: Les Wilson; riochdaire: Valerie Lyon; carpenters: Ross Samson and Stevie Mackenzie. The gibbet was built of green 6" square larch. At 14 feet in height with only 12 inches of subsoil (mushy peat), getting it upright and keeping it upright under the weight of James Stewart (aka ) was a challenge. But unlike the Jacobites and poor James, God was on our side. 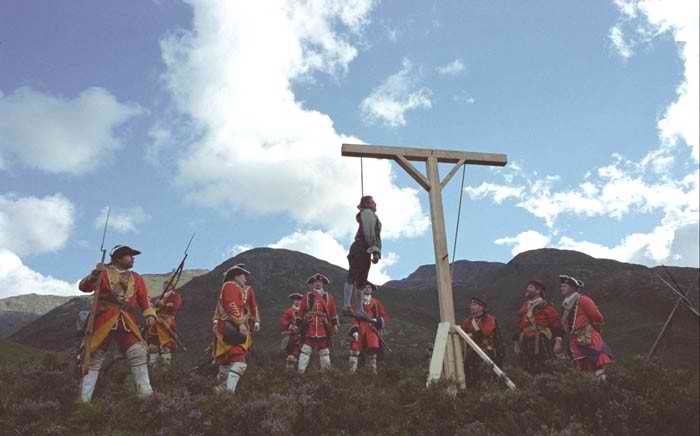